Vat is not included in the bid.

1. General
1.1 In these Terms & Conditions the following definitions are applicable:

Bidder: the legal body/person who registers or has registered on www.duyselshof.auction in a way such as set out by Duyselshof to be able to participate in an Auction.

Bid: the amount offered for a horse by bidder in an auction which is to be increased with taxes and auction costs (including but not restricted to auction costs and 21% VAT).

Duyselshof: Stoeterij Duyselshof B.V. and/or the affiliated companies such as mentioned on the auction website facilitating this Auction.

Buyer: the bidder to whom Allocation took place.

Horse: identified for descent, gender, colour and year of birth, such as reported in the Auction.

Allocation: the explicit statement from Duyselshof to the Buyer that the Horse on which a bid is made by Buyer is allocated to the Buyer. This statement is valid as an acceptance according to article 6:217 Burgerlijk Wetboek.

Auction: the online auction via auction website www.duyselshof.auction for the sale of one or more Horses.

Auction costs: the costs that a Buyer owes to Duyselshof for the participation in an Auction and which are mentioned on the website www.duyselshof.auction.

Auctioneer: the person who is performing (legal) actions on behalf of Duyselshof in the function as auctioneer.

1.2.  Duyselshof retains the right to change these General Terms & Conditions. These changes will be applicable immediately after it’s first publication on the website www.duyselshof.auction

1.4.  Duyselshof is authorized at any time to sell, delegate, burden or alienate otherwise her rights and/or obligations under the agreement and/or the rights concerning the Horses completely or partially (whether or not by means of take over of contract).

3. Functioning of Auctionsite
3.1.  The Bidder guarantees at any time the correctness and completeness of the information as provided by himself. The username and password that the Bidder is using in the Auction are private and confidential. The bidder is not allowed to transfer these to a third party. All bids have to be made digital.

3.3.  Any Bidder is bidding for one’s own expense and risk and will be held to his/her bid until any higher bid has been received.

3.4.  A Bidder cannot appeal to bidding-, typing- or any other mistakes when making a Bid.

3.5.  The Bidder accepts the exceptional circumstances that could occur in an Auction such as technical deficiencies  causing the situation that a bid cannot be made in time.

3.6.  Duyselshof is entitled to suspend, defer or cancel an Auction. Further Duyselshof can use her authority to extend an Auction.

3.7.  The Auction is under supervision of an Auctioneer appointed by Duyselshof and decides in first and last instance all disputes that could arise during the Auction concerning the process of the auction.

4. Realization of agreement
4.1.  When a Bidder is making a Bid, this Bid is estimated as an offer in the sense of article 7:217 BW. A Bidder is bound to a Bid that is estimated irrevocable and unconditional. Every Bidder who is making a Bid is considered to be bidding for oneself and is committed to Duyselshof personally, and after allocation, to the obligations resulting from his/her Bid. This also applies in case a Bidder declares that he/she has taken action on behalf of a third party.

4.2.  The sale is realized by means of an Auction and Allocation to the highest bidder after settlement of the purchase price, to be increased with 21% VAT and the auction costs. Bids and payments are in Euro.

4.3.  In case the Buyer is a natural person, who acts for purposes not concerning his/her business- or professional activity, the Buyer can annul the agreement without statement of reasons by means of a written notification to Duyselshof within 14 weekdays after delivery as meant in article 7.3. Duyselshof does not charge any costs, however the Buyer does have to pay the costs involved with returning the Horse. Refunding of the money paid originally will take place as soon as possible, but in any case within 14 days after receipt of the written notification of annulment as mentioned.

5. Payment
5.1.  Buyer must have made payment within 5 days after allocation at the latest. In case the Buyer should fail to comply to this obligation, Duyselshof is entitled not to recognize the bid and declare this invalid after which the purchased horse will again be free to be sold or alternatively the purchased horse is to be allocated to the second highest bidder. The Buyer shall in this case be considered to be in legal default and shall be liable to compensate Duyselshof for any damage incurred, without prejudice to any other rights that Duyselshof may have.

5.2.  The purchase price is calculated as follows: the final bid will be increased with the applicable VAT percentage. The purchase price is due immediately after completion of the auction.  Payment is to be made by bank transfer. Cash payment of the amount shall not be accepted. Settlement of any counter claims is excluded.

5.3.  Duyselshof is entitled to gather information on the financial situation of a Bidder and make participation in the Auction by, and conclusion of an agreement with, the Bidder concerned dependant on the information obtained.

6.Liability
6.1. The Horses offered in the Auction are identified by origin, gender, colour and year of birth. Duyselshof cannot be made liable with regard to the health status, the performance and/or the purpose of use of the Horses to be auctioned.

6.2.  On request a Bidder will have the opportunity to view and/or try a horse under supervision after an appointment has been made, also referred to as a try-out.

6.3.  Duyselshof cannot be held liable for damage to persons or properties arising prior to or during try-outs and after the Auction, except if such damage is caused by intent or deliberate recklessness on the part of Duyselshof or it’s subordinates.

6.5.  The veterinary findings can be provided prior to the Auction upon request of the Bidder and if desired a more detailed explanation can be provided by Mr. M. Aarts, the auction veterinarian, or his substitute./p>

7. Release, transfer of risk and ownership
7.1.  Immediately after Allocation of a Horse, any risks related to the purchased Horse shall be transferred to the Buyer and any responsibility and liability, as well as all risk factors are transferred to the respective Buyer. The Buyer shall indemnify Duyselshof from any claims related brought by third parties.

7.2.  The ownership of the purchased Horse passes to the Buyer at the time of release as defined in article 7.3 of the General Terms & Conditions, but not before the Buyer has settled the full purchase amount and any other amounts due to Duyselshof resulting from non-compliance.

7.3.  Release of the Horse purchased takes place by it’s delivery. Buyer is obliged to take possession the the purchased Horse at the location of Duyselshof in (5528 NB) Hoogeloon at the address Landrop 6 at a date and time as to be agreed on by parties involved. If requested by Duyselshof  a valid identity document has to be presented by Buyer. Delivery can take place after settlement of the purchase price in full and any other amount due by the buyer. In case the Buyer should refuse delivery or should fail to provide information or instructions required for delivery Duyselshof shall keep the horse in stables at the expense and risk of the Buyer. The Buyer then shall be obliged to compensate Duyselshof for any additional costs incurred, including stabling costs in any event.

8. Shortcomings
8.1.  In case the Buyer is a natural person, who acts for purposes not concerning his/her business or professional activity, and is of the opinion that the purchased Horse after delivery does not conform to the contract description, the Buyer will not be entitled to any recourse if he/she has not informed Duyselshof thereof by registered letter within two months after delivery.

8.2.  Duyselshof warrants that the Horse purchased by Buyer does not suffer from any stable vices such as cribbing, systematic weaving or wood chewing for a period of 48 hours after actual delivery, unless notified of such vices during the Auction in written.

8.3.  In case a veterinarian, registered as examination veterinarian for horses or equine veterinarian, reports in written that according to his/her expertly judgement one of the in article 8.2 mentioned vices existed before the date of actual delivery, the Buyer has the right to annul the purchase agreement and Buyer then only is entitled to reimbursement of the purchase price.

9. Applicable law and disputes
9.1.  The agreement is governed by Dutch law.

9.2.  These General Terms & Conditions have been formulated in Dutch and English. In case there is any discrepancy between these versions, the Dutch version will prevail.

9.3.  The Vienna convention on contracts for the international Sale of movable goods dated April 11th 1980 (the Vienna Trade Treaty) is not applicable and herewith is expressly excluded. 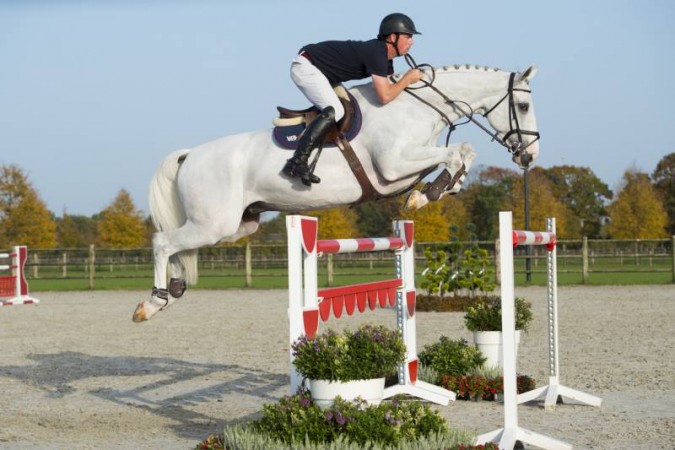 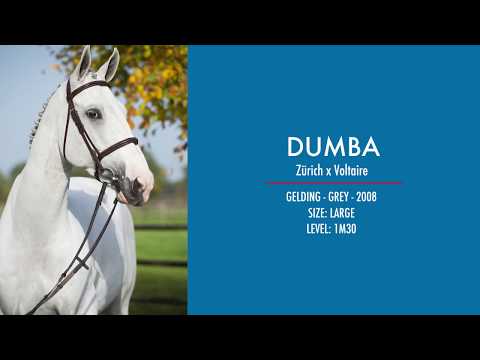 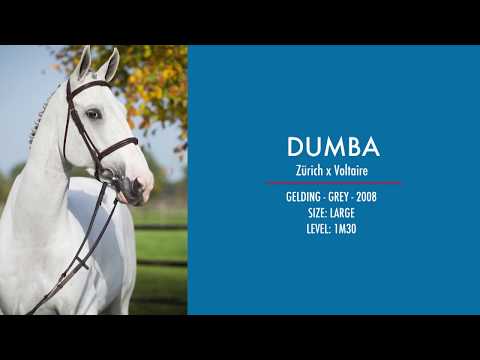 
Health
Back to auction